Is Your Positive Pregnancy Test For Real? Find Out Now 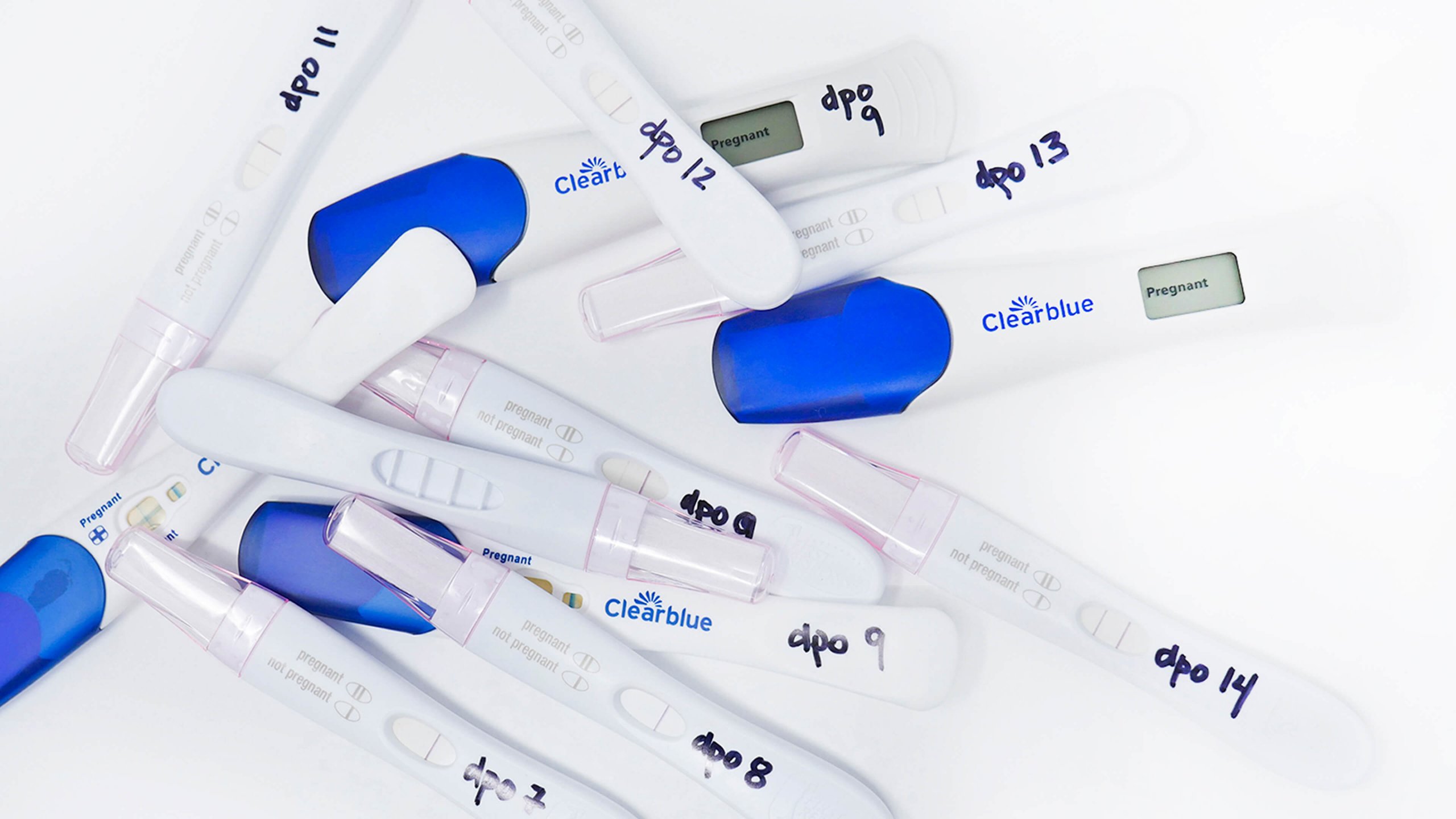 When you’re waiting for a positive pregnancy test time seems to slow to a standstill. Maybe you’re experiencing early signs of pregnancy, but you just have to know for sure. But where to begin? You probably have a lot of questions about pregnancy tests, including:

If you’re asking these questions, read on…

How to Take an At-Home Pregnancy Test

Taking a home pregnancy test is easy and painless, but you need to follow the directions exactly. The overall process is the same:

Urine is applied to a strip of litmus paper to determine if human chorionic gonadotropin (HCG), the hormone produced once the embryo implants into the uterus, is present in your urine or not.

But these are just general guidelines. HCG doubles every 48-72 hours in 85% of normal pregnancies, but some women don’t produce much of the hormone and still go on to have a healthy pregnancy. Other women produce very large amounts of the hormone. For this reason, the “normal” range of HCG levels in early pregnancy varies greatly.

Is Your Positive Pregnancy Test for Real? – HCG Chart

Regardless of which test you purchased, read the directions thoroughly before beginning and grab a stopwatch before you begin.

Positive pregnant tests can range from very obvious, solid lines to so faint you wonder if you’re imagining things. Take a peek at my positive pregnancy tests:

When to Take a Pregnancy Test

Thanks to the increasing sensitivity of at-home tests, many pregnancy tests can detect HCG as early as 7-10 days after conception.

But every woman’s body is different, and some women produce more HCG than others. Because of this, you can definitely get a false negative if you test too early. If you have the self discipline to wait till at least the day of your missed period, it may help avoid the emotional ups and downs of seeing a negative and wondering if it’s just too early.

Testing in the morning, or with first morning urine (FMU), can also help ensure a pregnancy test’s accuracy, since this is when your urine generally has the highest concentration of HCG.

What if I Get a Faint Positive Pregnancy Test? Can a Faint Line Be Negative?

The only thing harder than waiting long enough to take a pregnancy test is trying to interpret the pregnancy test.  Unless you are using a digital test, which displays the words “Pregnant” or “Not Pregnant,” you may have to whip out a magnifying glass to assess your test. ?

Many pregnancy tests show pink or blue lines to indicate whether a test is positive or not, and sometimes those pink and blue lines are so faint that it can be hard to tell if they are even there in the first place! But to make matters even more confusing, faint lines can also be negative. Ahh, what gives!?

Here’s the scoop on faint tests:

Positive faint lines are more common when testing before your missed period. However, if you do test well past your expected period date and you still see a super faint line, there are a few other considerations:

How Accurate Are Pregnancy Tests?

When you’re hoping for a positive pregnancy test and you finally see one, you probably want to know how accurate that result is before you celebrate. When all directions are followed properly, today’s pregnancy tests are up to 99% accurate when used after your missed period. These tests are just as accurate as the urine tests used at doctor’s offices.

Note: While you can take pregnancy tests before a missed period (and many women do), the accuracy rate is not 99%.

The closer you take the test to your missed period, the more accurate it will be. Using expired tests can also affect a test, so always check the expiration dates before using a test.

Which Pregnancy Tests Are the Most Accurate?

You’re ready to buy a pregnancy test, but which one should you get? You’ll have a lot of options to choose from, and they vary quite a bit in price. Are the expensive ones really that much better than the cheap ones? Do you need a two-pack? A three-pack? Consumer Reports tested 18 brands of pregnancy tests and discovered not all tests are created equally. The two best were:

Can You Get a Positive Pregnancy Test and Not Be Pregnant?

Although false negatives are far more common than false positives, it is possible to receive a positive pregnant test result and not be pregnant. However, a false positive is usually not a random result; often an underlying condition causes incorrect results.  False positives can be caused by:

Can You Get a Negative Pregnancy Test and Still Be Pregnant?

One negative pregnancy test doesn’t necessarily mean you’re out of the game. There are a few reasons why you may be receiving negative results, but still be pregnant:

If your period is more than two weeks late and you still aren’t getting a positive pregnancy test, it’s time to visit your doctor or midwife.

Should Pregnancy Tests Get Darker Each Day You Test?

If you tested early and got a faint line, don’t worry! As HCG increases, a positive pregnancy test will look darker. Many mamas who take daily tests to make sure the line darkens, swear by the First Response Early Result.

Do realize that it won’t be a perfect science so don’t expect a perfect unfolding of darker lines. As you can see from the tests above, some days you won’t notice a darkening as much as other days. It can also depend on the room’s lighting and how much pee made it on the stick!

If, at any point, you’re worried about continued faint lines, speak to your doctor or midwife. She’ll be able to check your HCG levels (blood test) and check your progesterone level as well.

So You Got a Positive Pregnancy Test, Now What?

First off, congrats! ? Now that you know there’s a baby on board, you’ve got a few things to do:

OK, I Want to Know: How Many Pregnancy Tests Did You Take?

I took about 3-4 each pregnancy, but I know some mamas who took 8 or 9! Why so many? Sometimes it’s hard to believe that the thing you’ve wanted for so long is actually happening, and you just want validation (many, many times)!

What about you? When did you first receive a positive pregnancy test? Were you able to wait until after your missed period? How many tests did you take? Comment below!