Group B Strep: What Is It? And How Does It Affect Your Pregnancy?

Group B strep in pregnancy isn’t the end of the world (or your natural birth), but it’s something to take seriously. Here’s everything you need to know. 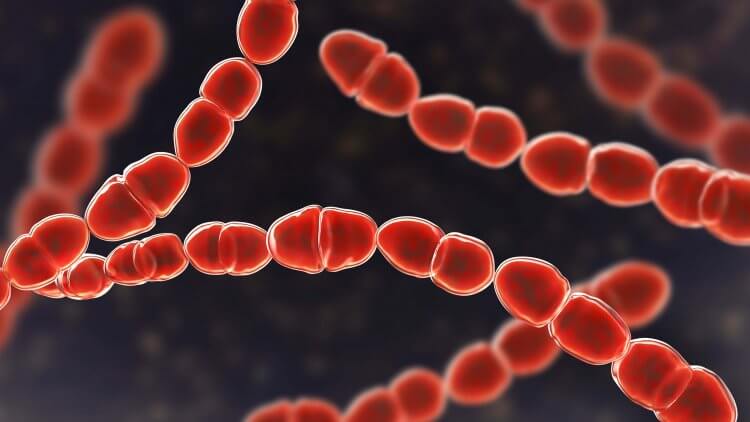 Many things can take you by surprise during pregnancy… those weird early signs of pregnancy, bizarre dreams, and “pregnancy brain,” to name a few. But one big surprise that is no fun is a positive Group B Strep (GBS) result during pregnancy.

What is GBS During Pregnancy?

GBS is NOT the same bacterium that causes strep throat, which is from group A.

Our bodies have all kinds of bacteria in them, particularly in the bladder, vagina, intestines, and rectum. GBS is a type of bacteria found in 25 percent of all healthy adult women.

Women who test positive for GBS during pregnancy are considered to be colonized (aka carriers), meaning the bacteria lives in their body without causing illness. The bacteria can come and go, without causing health issues or symptoms for most people. However, it is a bacterium, so there can be serious risks for those who are vulnerable, such as babies, elderly people, and those with chronic medical issues.

Note: There are many references for GBS during pregnancy—Group B Streptococcus Infection, Group B Strep, Baby Strep—that all mean the same thing. For consistency, we’ll use the two most common terms—Group B Strep and GBS.

What Causes Group B Strep?

A GBS diagnosis has nothing to do with a woman being clean or not!

How is GBS Diagnosed?

At every prenatal appointment, your healthcare provider will test your urine for protein, sugar, and bacteria. In heavy colonizers, GBS may show up during routine urine screenings. (The same is true for gestational diabetes and preeclampsia.) Approximately 2-7 percent of pregnant women test positive for GBS in their urine during these appointments.

But most people won’t get diagnosed with GBS until their healthcare providers does a swab test between 35 and 37 weeks. In some cases, your provider may let you test early. This way, if you test positive, you can take action to try to rid your system of the bacteria.

During the swab test, your healthcare provider will:

The test itself only takes a few seconds, but it checks to see if the bacteria has colonized the vaginal canal or rectum, both of which can affect baby. Once the result of your Group B Strep test are in, your doctor will generally provide the results over the phone, though they’ll want to schedule a follow-up appointment if you test positive.

If you test positive for GBS, your healthcare provider will offer one of two methods of treatment: preventive (most common in the U.S.) or risk-based.

Check out this post for more information about your treatment options, plus home remedies to promote healthy vaginal flora before birth.

GBS During Pregnancy: Risks and Complications

It’s important to know that even if you have GBS during pregnancy, your baby will probably be healthy.

Even if mama has Group B Strep and is NOT treated, there is only a 1-2 percent chance that baby will get an infection. Antibiotics during labor further decrease the risk to about 0.2 percent.(source)

That said, GBS should be taken seriously, because infections can be life-threatening for baby. If baby contracts an infection from GBS, it is usually treatable, but it can be serious and very scary. Complications range from fever to more critical issues, such as pneumonia, sepsis, and meningitis (an infection of the fluid and lining of the brain). In 2-3 percent of full-term babies, a GBS infection is fatal. (source)

How Does Baby Get GBS?

Baby can contract GBS if he/she comes in contact with fluid that contains Group B Strep bacteria.

Can Baby Get GBS During a C-Section?

If you are GBS positive and your water breaks, baby can be colonized with Group B Strep—regardless of whether you end up having a vaginal birth or a C-section. This is because the physical barrier protecting baby, aka the bag of waters, has been compromised. The longer baby remains inside the mother after her water breaks, the higher the risk of infection (for both mom and baby).

How to Prevent Baby From Getting Group B Strep After Delivery

There’s no 100 percent effective way to prevent Group B Strep from passing to baby if mama has it (hey, even antibiotics aren’t foolproof!). Still, there are a few things to help give baby the best chance at fighting the bacteria.

Be Aware of Late Onset GBS Positive in Baby

If your birth went fast or you weren’t able to get onto antibiotics, it’s possible for baby to come into contact with GBS bacteria. In some cases, baby may not present symptoms of infection until 7 days or up to 12 weeks after birth. This is called Late Onset GBS. (source)

Contact your child’s pediatrician immediately if you notice any of these symptoms.